What is Baby Talk?

Baby Talk is designed to locate, identify, and refer, as early as possible, at-risk children and their families who are in need of early intervention program or preschool special education services.  The Baby Talk Program conducts screenings and assessments for any child, birth-to-three, who may need additional and special services. Once identified, home visits are initiated and scheduled anywhere from once a week to once a month depending on the need.  The focus is fostering child development and key skills to ensure a strong and healthy start.

What is Women United’s connection to this program?

Baby Talk has just become Women United’s HUGS partner. HUGS is a special engagement project in which we wrap our time and resources around a program that needs support. Our first HUGS partner was Green Bay Early Learning Center in North Chicago.  There, we volunteered our time reading to kids, celebrating their teachers and providing learning materials.  Over two years, we provided a total of 1,100 learning bags. Each bag had one brand new book, in addition to other fun learning materials. Now we are thrilled to join forces with Baby Talk and help support their goals and enhance their program.

Which population/community does Baby Talk serve?

How will Women United support Baby Talk in 2018?

We will volunteer our time to support their monthly family meetings. We will host their learning stations and provide supportive materials and food as needed.  It’s in the early stages, so we are still learning how to meet their needs, but we are beyond excited to begin this partnership.

What is the HUGS Committee?

The HUGS Committee helps Women United create the greatest possible community impact by mobilizing our volunteer efforts and in-kind resources.  Together, the committee helps select our partners, organize our involvement, and determines how we will support them.

“The HUGS Committee partners with Lake County organizations in order to donate our time and resources to better enhance their programs. Our members really like to dig in to find ways to further the goals of that organization and service our Lake County community.” – Patrice Maloney-Knauff, WU Chair and HUGS Committee Co-Chair

5 Reasons to Make a Year-End Gift to United Way

Here’s 5 reasons why to make a year-end gift to United Way of Lake County. Celebrate the season of giving by supporting our education initiatives that are helping children thrive in school.

Click here to make a tax-deductible gift. NRG will match all year-end gifts up to $6,500. A matching gift means that your impact doubles for children that need and deserve our help. Photo Recap: Power of the Purse

Event Recap: Power of the Purse

On November 5th, our Women’s Leadership Council (WLC) held their 12th annual Power of the Purse fundraising event at the Royal Melbourne Country Club in Long Grove. Over 200 women joined together for an afternoon filled with a champagne brunch and an assortment of games to win purses, jewelry, wristlets and much more.

The Women’s Leadership Council of United Way of Lake County is a group of 90+ women with a common commitment to making a difference through philanthropy, leadership and volunteerism.  As women who give at the Leadership Level of $1000 or more, this group uses the power of their time, talent and resources to ensure children are prepared for kindergarten and ready to succeed.

The event raises funds for critical early literacy programs that ensure a foundation for strong and successful academic futures in Lake County. As of 2017, nearly $235,000 has been granted to worthy nonprofits. Power of the Purse ensures that more children receive the support they need to be prepared for kindergarten and ready to succeed.

To view photos from this year’s event, click here.

We’d like to thank the following event sponsors for making Power of the Purse possible:

Here are photos recapping our UWLC Executive Forum held in October 2017 that included a panel discussion on technology’s role in business innovation.

To view the full photo album from our Executive Forum at Independence Grove, click here.

On Wednesday, October 18th, United Way of Lake County hosted an Executive Forum at Independence Grove in Libertyville. Over 120 business executives and community members gathered to hear from a panel of industry leaders sharing insights on evolving technologies that have led to innovation in their industries. Our objective for this event was to expand and inspire thinking about the technology and innovation evolving now and the development of our youth critical for tomorrow. Topics discussed included: Internet of Things (IoT), Digital Engagement, Big Data/Analytics and Cognitive Computing in various fields.

United Way’s Board Chairman, Andrew Warrington, shared how United Way of Lake County has broken from its traditional business model to shift its focus on developing programs to disrupt the cycle of poverty in Lake County, IL. As a result, United Way has developed more than a dozen unique and meaningful programs to address formerly unmet community needs. To learn more about our programs, click here. We are excited to share our Leadership Directory recognizing our top supporters. Thanks to their continued support, children and families are on a path for success, and their future success ensures the success of our businesses and communities. For every program, every new initiative and every dollar raised, individual lives are being changed forever.

Click the button below to view our 2016-17 Leadership Directory.

Throughout the summer, companies and local organizations around Lake County hosted donation drives collecting items such as, school supplies, furniture, clothing and much more. United Way of Lake County was able to find a home for these donated items with local schools and community organizations to help children and families in need of these items. #VolunteersInAction

Pfizer held a professional clothing drive and donated the pieces to College of Lake County. Donated clothing will be given to students that attend workshops in which they will learn how to be a professional in the workforce as well as how to conduct themselves in interviews. The Nike Factory Store at Gurnee Mills Outlet Mall donated twice during the summer with various items that will be distributed to students in need across the county. 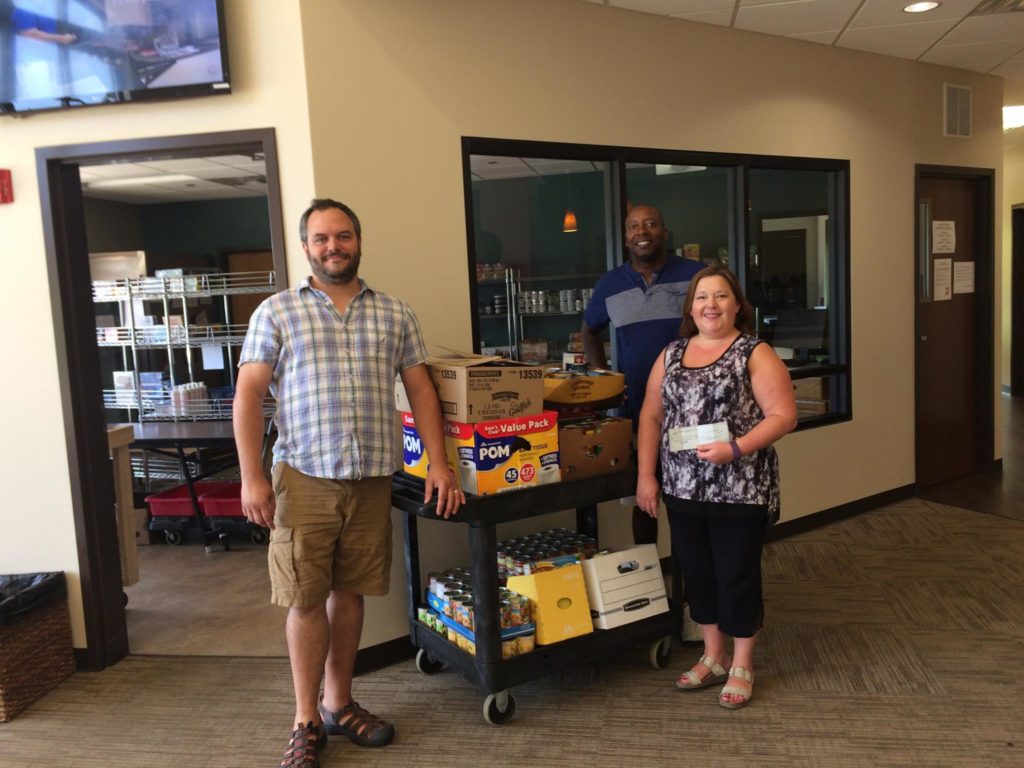 An effort to get children school supplies at Greenbay Elementary School in North Chicago, Sysmex America had their school supply drive in early August. Just in time for back-to-school season! From bookshelves to canopy tents, Marytown Shrine in Libertyville donated supplies to United Way of Lake County’s Better Together program at Greenbay Elementary School in North Chicago and other local organizations in Lake County! A shout out to MP Services for providing a truck for transportation.. MEDLINE and Catholic Charities of the Archdiocese of Chicago

Assistant Principals, Ms. Sheri Rosen & Ms. Holly Kaprosy graciously accepted school supplies that were donated by MEDLINE & Catholic Charities. They were thrilled to see a variety of backpacks and school supplies that the students at West Elementary School in Zion will be able to use immediately. 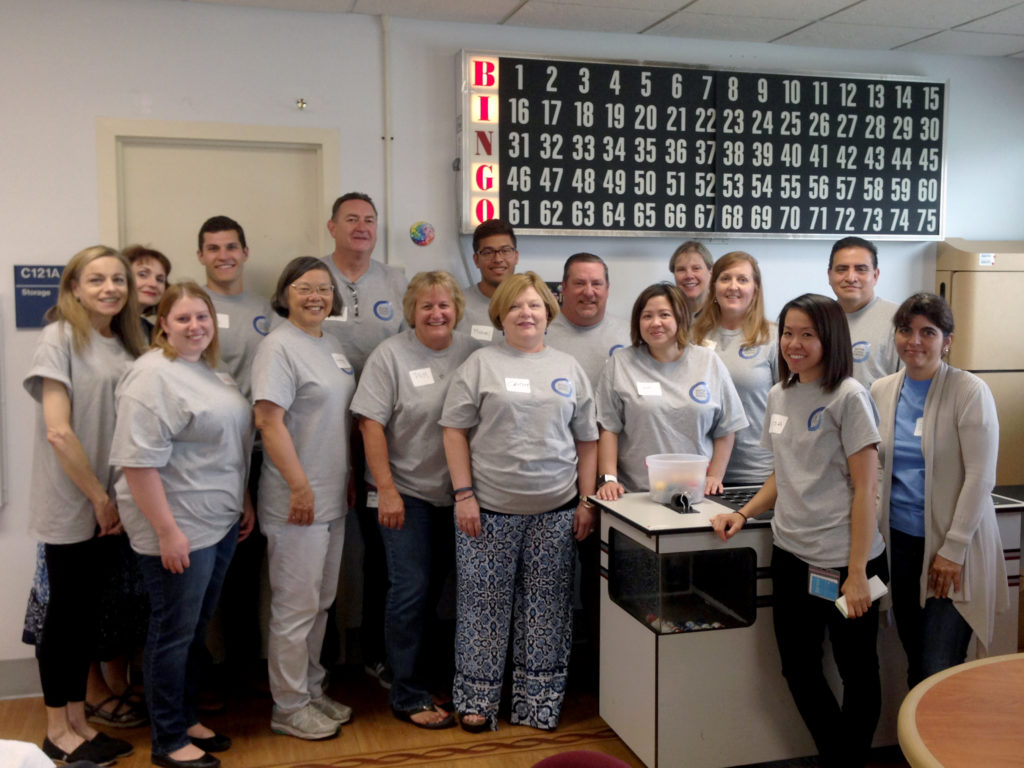 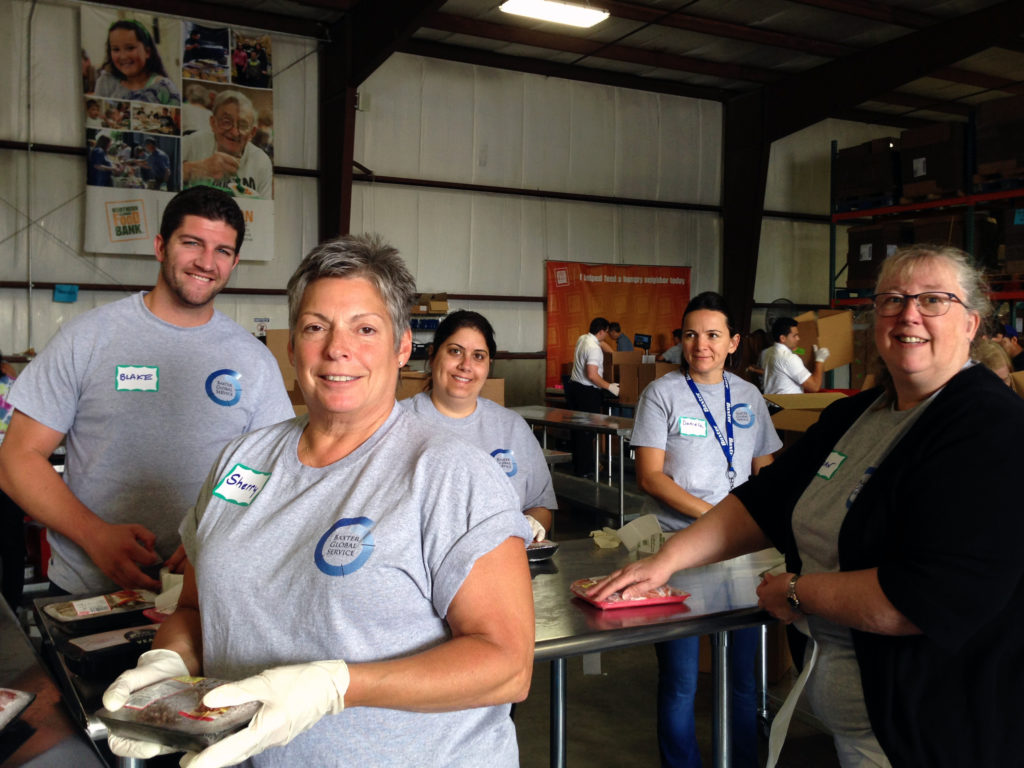 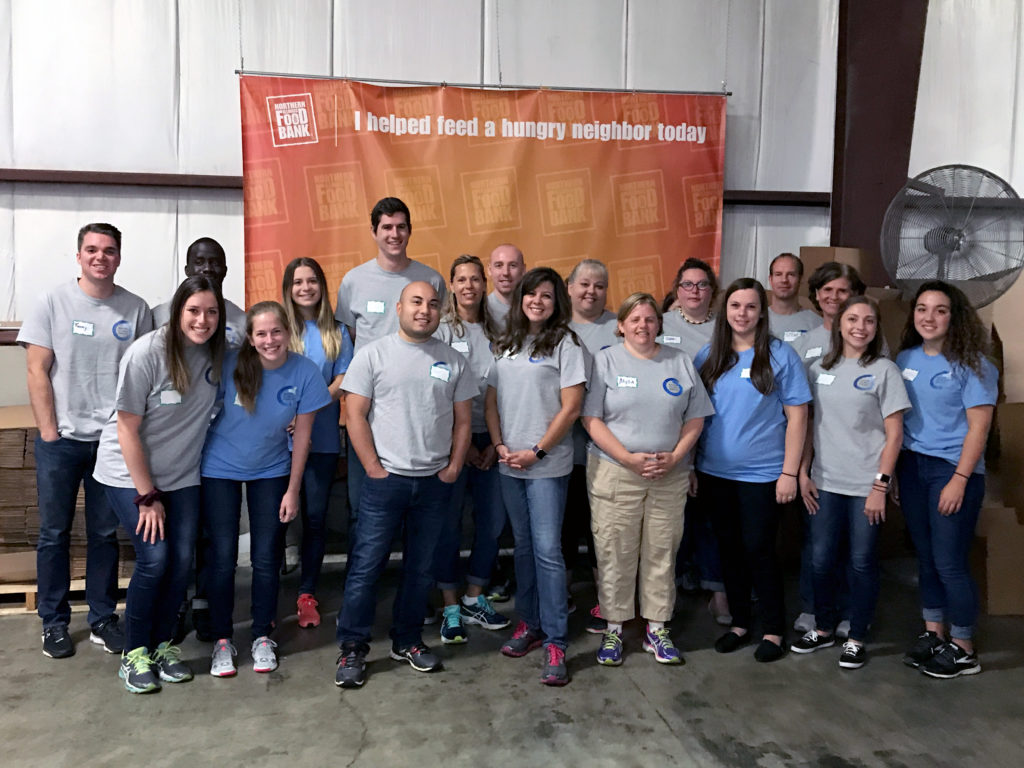 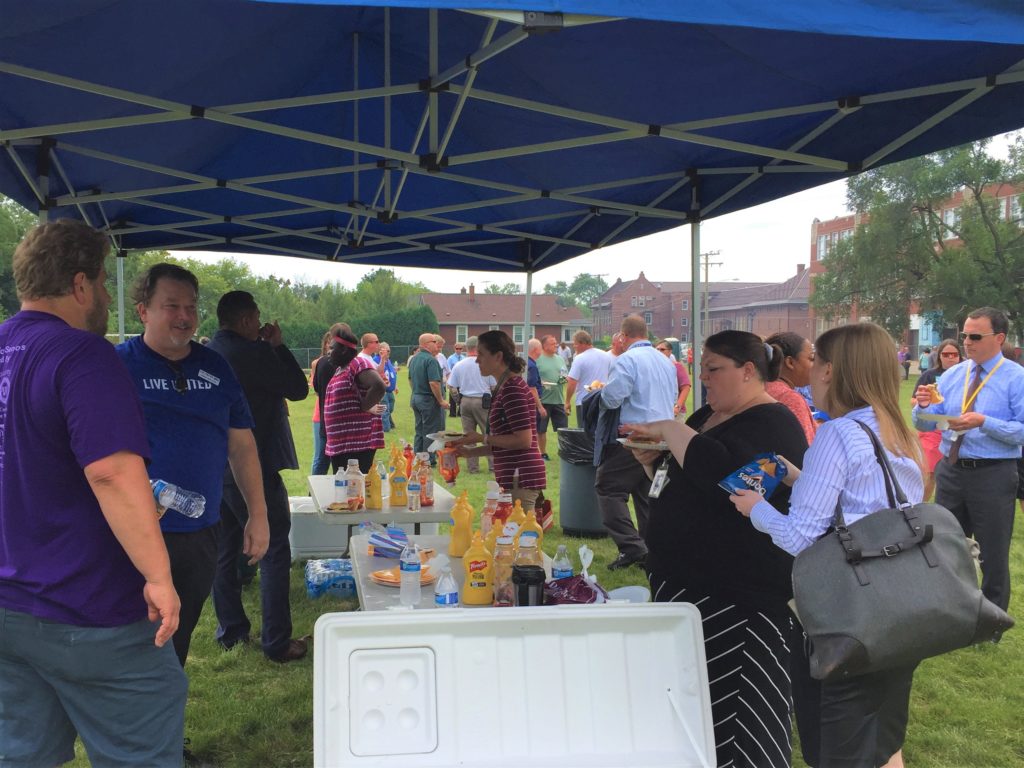 Bear Down: United Way’s Partnership with the NFL At United Way of Lake County, we believe that preparing children to thrive in school is the best way to disrupt poverty. That’s why we engage in activities that are focused on ensuring children are ready for their first day of school, students are reading at grade level, and that youth is graduating from high school with a plan for their future.

We appreciate the time you’ve spent with us to learn more about United Way of Lake County and our mission to build a stronger community for generations to come.

This past Sunday United Way of Lake County staff had a table at the Chicago Bears home opener game against the Atlanta Falcons. Our staff passed on materials on United Way’s education programs and also held a raffle for a football autographed by Offensive Lineman, Kyle Long.

For over forty years, the NFL and United Way have partnered to strengthen communities across America. As the longest running collaboration between a major sports league and a nonprofit — the partnership provides a powerful vehicle for change in communities. Locally, United Way of Lake County and the Chicago Bears joined forces to create opportunities that encourage young people to get active and maintain healthy relationships.

Thank you Chicago Bears for having us and we look forward to continuing to work with you!